Throughout your time working independently and in class, it is important that you note and choose several documents of your learning. […] It is expected that you post a brief document/journal of each of our in-class focus sessions on your blog.

Reflect on your inquiry question and how your understanding is changing, becoming more focused, or is perhaps being reaffirmed by your research. What do you now know that you didn’t know when you started this inquiry.

My inquiry question was intended to explore the sheer beginning of human communication. As I looked through the resources I had, most of them also went into language diversity. I wasn’t looking at the origin of one single language like English or German, but all of them. To be able to do that, I learned that understanding the reason for language diversity is also a part of finding the origin of communication itself. Like how we cannot really compare or learn about the human body without understanding our own bodies beforehand. After this realization, I came across a very artistic infographic that literally stems from language to language, displaying the origins of the thousands of language categories that we have used throughout the years. 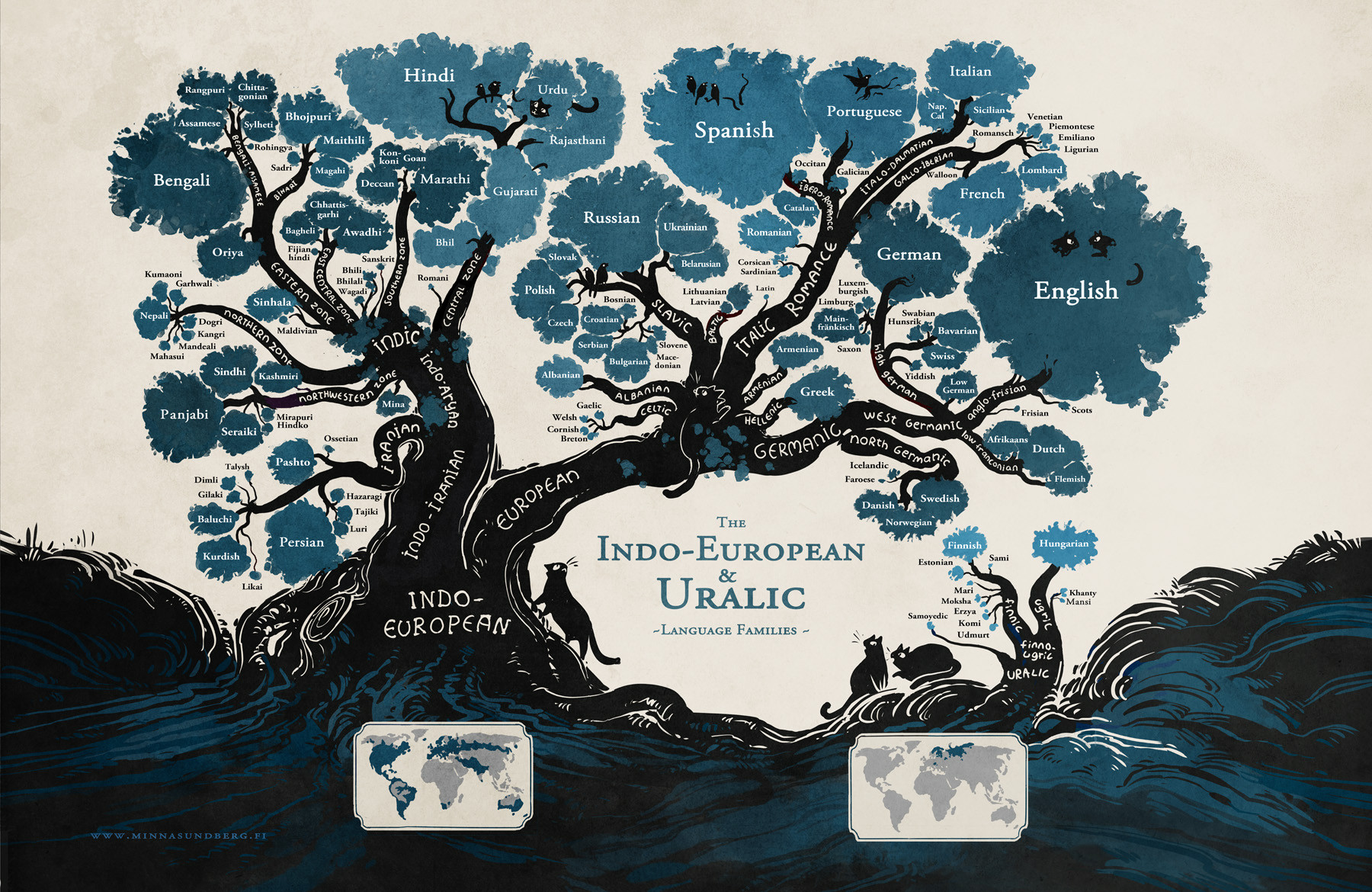 Of course, this image doesn’t cover the thousands of languages used over history, but I thought it was a really cool way to display what came after what. My question, as we can see, is figuring out how the “Indo-European” language came to be. The root of every language there ever was. As much as a conundrum this may be, I think it is useful to know what came after the origin to track down the actual origin itself.

I have found several other new things as well.

The debate between the origin of language traces back so far into time that Adam and Eve are regarded when viewing it with the religious lens. As far as I know, language was just casually given to Adam, the male. That language was Hebrew. The proto-language (a term here which means the first language) in the Bible suggests that it Hebrew, while the scientific research from linguists say that the “Indo-European” language was the first.