“The Star Spangled Battle of Baltimore”

“The Star-Spangled Battle of Baltimore”

The American Anthem, more commonly known as “The Star-Spangled Banner”, is very important part of American history. It reflects and represents one nation and is meant to be a symbol of patriotic beliefs of the country.

But how did it come to be?

It all roots from the War of 1812, more specifically the Battle of Baltimore.

Here’s a quick summary of the Battle of Baltimore in a paragraph:

The Battle of Baltimore was a sea and land battle fought between the British invaders and American defenders in the war of 1812. The Americans fought against sea and land invasions off the heavily populated port city of Baltimore, Maryland. During the battle, an American sniper killed Robert Ross, the leader of the British army. This caused inner turmoil and panic within the British Army and they quickly scrambled to get their army back in order, but the battle ended with the victory taken by the Americans.

So how did the National American Anthem get created in the middle of a battle?

And who wrote it?

Meet Francis Scott Key, an American Lawyer, author, and a poet who was inspired to write a poetry piece about the defending action of Fort McHenry, the fort that protected Baltimore. 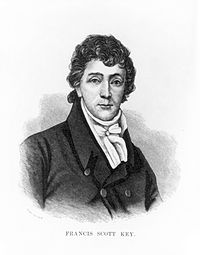 The piece, originally titled “The Defence of Fort McHenry,” was written after Francis Scott Key first handily witnessed the fort be bombarded by the British. Key’s main source of inspiration was the sight of a single U.S. flag flying alone the Fort at daybreak (Now we can reflect to why the song is called the “Star-Spangled Banner”). Although the bombs were bursting, and attacks were continued, the flag continued to fly over the fort.

But watching bombs go down and explosions go off without leaving for safety? Sounds a little odd, doesn’t it?

The story behind that brings us to Dr William Beanes, who was one of Mr Key’s closest friends. After the war was declared between the two nations, Dr William beans were taken prisoner by the British. Mr Key left to find his friend and eventually landed on Baltimore, located the specific ship where Beanes was being held captive and requested and tried to negotiate a release. However, the two men were not permitted to leave until the British finished bombarding Fort McHenry.

Mr. Scott Key had no choice but had to painfully watch his nation’s forts be hit with multiple muskets and bombs and could not do anything about it. He and Beans watched the bombing ordeal around eight miles away until. But good news to them, only after a day, the British failed to destroy the fort and surrendered. Key, after being released, felt a strong patriotic pride, was proud and relieved to see that the American flag was still flying over the fort, even if it was severely damaged. Quickly, trying to record this moment in tribute to what he had witnessed, penned a quick few lines of a poem to America that went like this:

Say, can you see
By the dawn’s early light
What so proudly we hailed
At the twilight’s last gleaming?

Whose broad stripes and bright stars
Through the perilous fight
O’er the ramparts we watched,
Were so gallantly, yeah, streaming?

O say, does that star-spangled banner yet wave
O’er the land of the free and the home of the brave

The poem is later set to music and in the year of 1931, officially becoming the national anthem of the country. Sadly, Mr. Key was not alive to witness his accomplishment.

But back to my main question. How did the actual battle affect the creation of the song?

The tenacity of the Americans and their fort, holding out the bombing that did not stop all night had given Key the jolt of inspiration to write his poem. 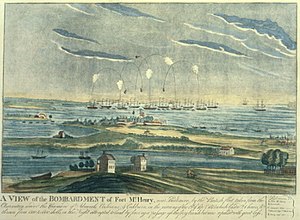 The bombing and attacks did not stop. George Armistead an American military officer who was leading the commanding to defend for McHenry did not give up. He and his men believed that they must hold out, as the fate of their city, perhaps even the nation itself was in their hands to protect. As he knew that the only way Francis Scott Key and the people of Baltimore will know if they were successful is if the flag above the fort still waves, the people inside watch, hope, wait and fire back at the British ships.

The bravery of the people inside the fort and their hard-working defence methods paid off as the British gave up the next day after the night of bombing. The American flag was still waving in the end at the top of the fort.

And without that, Francis Key would’ve never been able to have his relief and joy, and never would’ve been able to proudly exclaim: “Our flag was still there!”.

Without it, the song would’ve never come to be.

Historical Significance: Why is this an important and significant question to ask about the past?

I feel like this is a very important moment for all Americans. This was a moment of glory; the second Key saw the American flag still flying high. America is a country strongly based on patriotism and appreciating the nation; having pride. Many people today deem that as a kind of arrogance and others use it as an excuse to be disrespectful. It is often misunderstood. I think it is very important to remember what patriotism truly was and how hard the people of the past worked keep their glory and fight for freedom.

Cause and consequence: Why did this happen and what were the consequences?

This battle was one of the main important key points in the war of 1812. The war of 1812 primarily started because of a series of economic sanctions taken by the British and French against the Americans and progressing tension. August 1814, British Forces burned down the white house, the Capitol. Then soon, with their confidence from the victory, the British went on to take over the city of Baltimore and attacked the main fort, McHenry.

Personally, I believe that all consequences of war or physical fights are death. Glory and victory may be great, but I have a strong personal belief that any death cannot be made up for with even the biggest glory. In the Battle of Baltimore, there were a total of  46 deaths, 296 wounded people and 50 captured people.

In terms of the actual political power, Britain lost a leader and wasted a lot of ammo on what they soon will be giving up on, and had the Americans’ confidence held high and was disadvantaged for any further battles against their opponents.

Historical Perspective: How was this viewed by historical actors of the time and what were their values? How would I know?

There were many historical figures in this battle, but I will only go over a select few.

Francis Scott Key: He was an American. He, being one of the 50 captives taken to the British, could not do anything while he watched the fire and bombs go down on his home city. All he could do was hope, hope, and hope more, trusting that general George Armistead would hold out. His main values were based on trust and hope, later patriotic pride. George Armistead: He was an American. He was the leader inside Fort McHenry, fighting against the British ships that fired bombs all night. He fought back with the arsenal the fort had and had to trust that the force they had was enough and that the fort would hold out. He had to make wise judgements as his city and the people all depended on him.

His main values were based on trust, hope, and courage.

Alexander Cochrane: Alexander was a Scottish man, but he was sided with the British. He was the director of the bombardment of Fort McHenry. He went against calls by his junior officers to attack the fort more aggressively with frigates at close range. He ordered a diversionary raid by boats to assist the army encamped near Baltimore in their proposed attack on Hampstead Hill (which they cancelled and withdrew), but this diversion had no success.

I can infer that he was a rather straightforward man, losing patience as time passed. 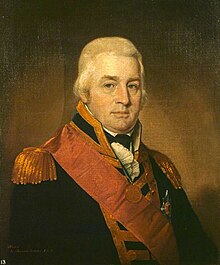 He was a rather impulsive and worried man as the fort held out all night, having him give up eventually.

Inquiry Process: What conclusions can I reach about my question?

There are a few conclusions I can reach about my question.

Even today, American values still hold many patriotic, prideful, and traditional aspects. It is a misunderstood concept.

Patriotism and pride for the country are not necessarily following the old rules word for word, but rather should be having a general appreciation for the country that fought hard for freedom for the people to live peacefully today.

Because I thought about the perspectives of Key and Armistead as well as the British, I can conclude that a lot of courage and hope was needed to hold out a full night of bombing.

That pride later lead to the creation of the country’s national anthem.
Even today, centuries later, American values still hold the pride in the freedom they worked to achieve.

Behind all the fire and bombing, there were people who kept holding on, trusting in the people of their country.

But what was the base of that belief?

becoming the basis of American values.