How did indigenous slavery contribute to the survival and prosperity of European Settlers?

Historical Significance: I think this question is an important topic to go over in social studies as it shows and explores the indigenous side and point view of the transitioning of what is now Canada. I think that the studies of European settlers and their life accomplishments are greatly acknowledged, but little do people know that they most likely wouldn’t have survived without the indigenous peoples of the land they settled into. The sharing of power, war, indigenous knowledge, conflict in beliefs and values, and the ethical wrongdoings of the Europeans towards the indigenous should be stressed greatly. Both sides are important, and for that reason, I want to touch on the topic of what the indigenous had to sacrifice and give for Canada to be successfully established.

Indigenous people always believed in connection with nature. Even though many different tribes and villages existed, they all had a unified concept of harmony and a cyclical karma. Although a sudden visit of new people with new technologies, who spoke a different language, wore different garments, had unknown substances, practically beings like aliens to them came to their land with no prior notice, they accepted and took in the new, shared their fur, their food, their ecological knowledge, and allied and fought for them.

I thought all of this was great! Fighting together, living together in harmony with a mutual respect and equal power. It all sounded too good to be true when I looked at one or two articles.

Then I wondered, what did the indigenous people get in return for all of these generous favours and courtesies they demonstrated?

It’s wasn’t so utopian for the native people on North America. They were made into slaves alongside African slaves, traded off like personal property. It was hurtful to see how little is known about the lives and experiences of individual slaves. Indigenous slaves in Canada were used primarily as manual labourers and domestic servants. Most were also young and female the average age of Indigenous slaves in Canada was 14 years old and 57 percent were girls or young women, according to www.thecanadianencyclopedia.ca

So many forms of discrimination and a wrong violation of ethics; I truly thought they were a topic worth learning about.

Continuity and Change: How are our lives and conditions similar to those found in your research? How have they changed?

The lives and conditions are nowhere near similar of to my own or most people today, compared to the women and men, all the children enslaved at the time. Many people in Britain enjoyed sugar, molasses, rum, and tobacco. These were all products of the colonies – and of the slave trade. An estimated amount of 3,259,440 slaves were bought and sold. The idea that “All men are created equal” made some people of Britain question this.

Slavery was introduced to New France in stages.  A first slave, a young boy originally from Madagascar or Guinea, arrived with the Kirke brothers in 1629. Before leaving Quebec three years later, the latter sold him.  The boy soon passed into the hands of the colonist Guillaume Couillard and received the name “Olivier Le Jeune”.  As Le Jeune was described as Couillard’s “domestique” (servant) in the record of his burial in 1654, it is plausible that he had been manumitted by his master. Black slaves arrived in Canada only towards the end of the seventeenth century.

In what is now America, there were many black slaves. In Canada, the majority of slaves were not of African, but rather of Aboriginal origin. 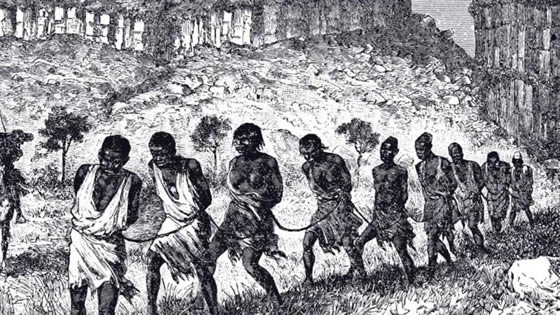 To connect to the colony we learned most about, let’s talk about New France, founded in 1608. This was the first major European settlement in what is now Canada. Slavery was an accepted practice in the territory. When New France was conquered by the British in 1759, there were approximately 4,000 enslaved people among the 60,000 or so inhabitants of the settlement. The vast majority of them were Indigenous (often called panis) but Black enslaved people also existed as a result of the transatlantic slave trade.

The transatlantic slave trade helped shape the presence and role of slavery in Canadian history.  With the increasing use of African enslaved people in North America, a pattern of trade emerged that has since been called the “trade triangle.”  European merchants would leave Europe for Africa, travelling in ships laden with goods.  In Africa, they would exchange their goods for enslaved people and then transport them to the Americas, often in cramped and inhumane conditions.  In the Americas, the surviving enslaved people would be sold and then goods produced by slave labour would be carried back to Europe for sale.  Slavers saw their trade from a purely economic standpoint and viewed enslaved people as just another set of “goods” they could transport and sell.  With this mentality, slavers denied the fundamental human rights of millions of African men and women.

Back to the original question. What was a day in the life a slave like?

A ﬁeld slave worked from sunrise to sunset. During harvest, they worked an eighteen-hour day. A ﬁeld worker was out in the ﬁeld when the ﬁrst sign of light and then until it was too dark to see. Women ﬁeld workers worked the same hours as men. Women that were expected to work until the child was born, and after the child’s birth the woman worked in the ﬁeld with the child on her back. A child born under a slave was to be a slave in its future years. Most house slaves were living in better conditions than ﬁeldworkers. They cleaned, cooked, served meals, and took care of the children.

Although this may not sound too bad, they had to do this every single day for prolonged hours. Beating were acceptable. They were always treated as an object and a good that can be imported and traded off.

Comparing slavery to the modern day, every single rule and regulation regarding them go against the 30 human rights we have today. Physical, mental, verbal, or any type of abuse was not considered unacceptable.

Native populations subjugated war captives before the arrival of the French, but this practice acquired new meanings and unprecedented proportions in the context of western expansion.  Beginning in the 1670s, the French began to receive captives from their Aboriginal partners as tokens of friendship during commercial and diplomatic exchanges.  The Illinois were notorious for the raids which they led against nations to the southeast and from which they brought back captives.  By the early eighteenth century, the practice of buying and selling these captives like merchandise was established.

But, as I mentioned, there were a population of people that questioned this. As some European beliefs stated “All men are created equal”, slavery seemed to not make much sense to them.

Sadly, this practice was developed as a culture of a sort by the early eighteenth century. Like how we ship and buy inanimate objects today, if we had the money and wealth to buy a slave back then, it was just fine.

It was not right in values. First, the indigenous people were accepting of settlers and shared their everything and fought alongside them. A few years later, they lose power. Now they’re slaves. It was not a correct thing, but it was not unacceptable. If you will, I would say it was fair at the time, but not necessarily correct. 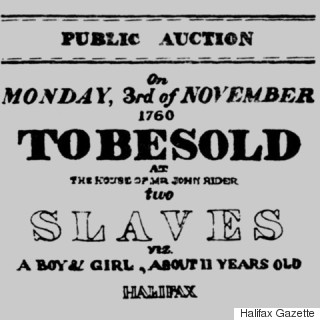 Social Studies Inquiry Processes: What conclusions can you reach about your question, based on the research you conducted?

Even though slavery is a painful, horrid part of history that would’ve been so much better off not happening at all, but I’d like to say that due to this an abolition of slavery came into place, and that is how our human rights today were established. To my question, I conclude that the Europeans needed more manpower than they already had to establish a successful colony and eventually develop a country. To maintain healthy citizens but still needing manpower, the people they valued lower than their own kind were used into this. Those people were the slaves, and sadly many of them were indigenous.

I can also conclude that at time, slavery was a smaller part of culture and accepted. The practice of buying and selling these captives like merchandise was practiced without shame.

The reason Canada and America were made into successful countries were because the Europeans survived and populated.

But who were the people behind the survival of the Europeans?

The slaves, Indigenous and Black.